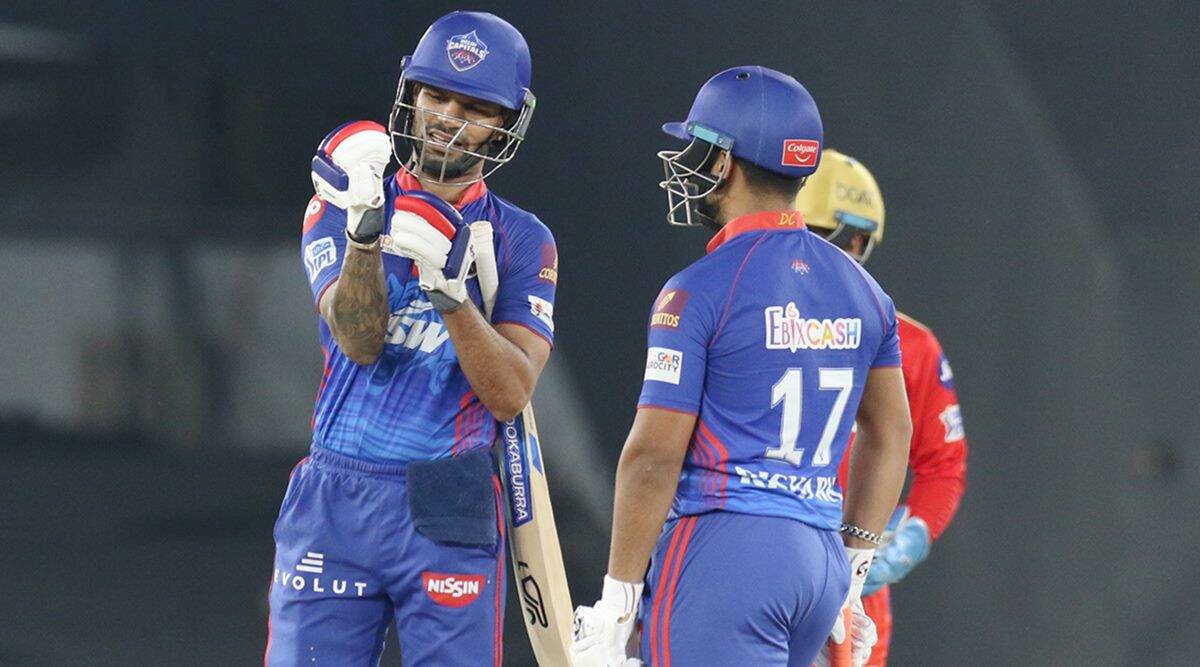 IPL 2021 Points Table, Orange Cap, Purple Cap Holders List: The 14th season of the Indian Premier League (IPL), hit by the COVID-19 pandemic, has been postponed indefinitely as of Tuesday. The Indian cricket board is exploring the possibility of holding the remaining 31 matches of the IPL after the World T20 in October-November.

“We are looking to conduct the remaining IPL matches after we host the World T20 in October-November. If all goes well, we will host both the World T20 and the remainder of the IPL in India. The UAE is also an option,” a top BCCI official told The Indian Express.

Here is how the points table stands at the point it has been paused.

Shikhar Dhawan of Delhi Capitals is the current holder of the Orange Cap. He is one of four batsmen to have reached 300 runs in the first half of the league stage. His opening partner Prithvi Shaw, Punjab Kings skipper KL Rahul and CSK opener Faf du Plessis are the others.

Royal Challengers Bangalore death overs bowler Harshal Patel, despite his open-hearted economy rate, is the current holder of the Purple Cap, having taken 3 more wickets than Avesh Khan and Chris Morris, who are joint-second with 14 wickets.