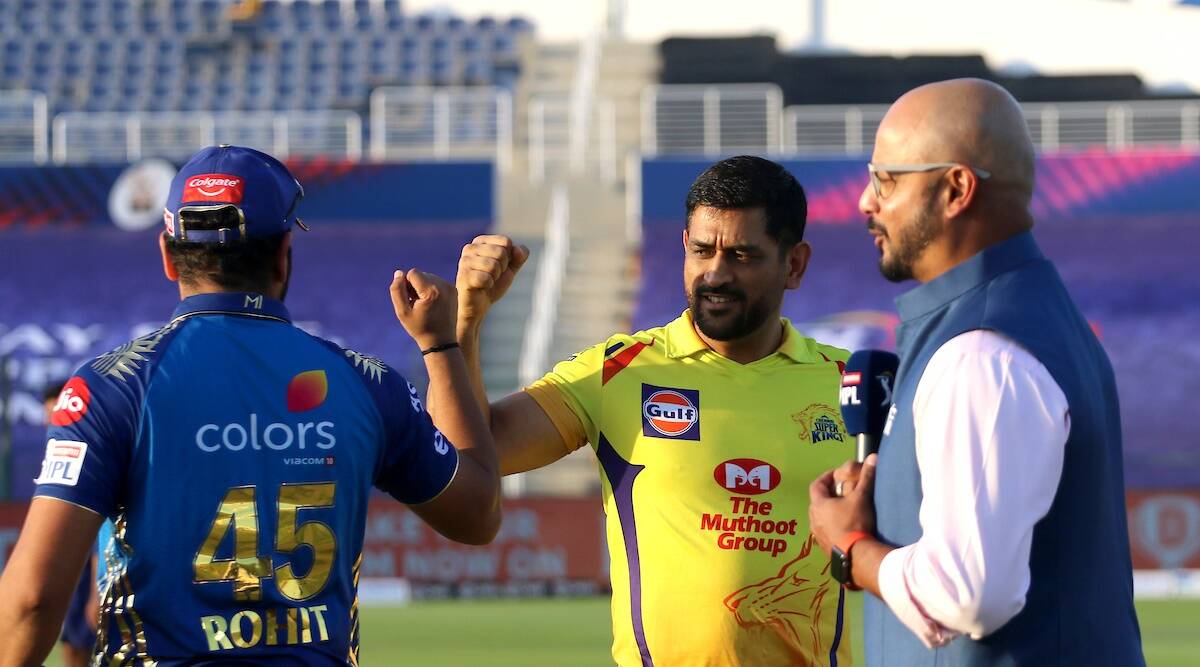 IPL 2021, MI vs CSK Team Predicted Playing 11 for Today’s Match: Mumbai Indians and Chennai Super Kings, the two most successful sides in the IPL, take on each other for the first time in the season in New Delhi on Saturday. MI and CSK head into the match after identical seven-wicket wins over Rajasthan Royals and Sunrisers Hyderabad respectively and both teams would be keen to continue their winning streak.

MI, who will be bowling first, have made 2 changes. Mercurial Kiwi Neesham and old Mumbai warhorse Dhawal Kulkarni have come in for Jayant Yadav and Nathan Coulter Nile. Still no Kishan. CSK have gone in unchanged.

#MumbaiIndians have won the toss and they will bowl first against #CSK.

Mumbai Indians have won the toss and have opted to field. Neesham to make his MI debut. He has been handed his cap.

Jimmy Neesham is all set to make his debut for the @mipaltan 💪#MIvCSK #VIVOIPL pic.twitter.com/ImPFrepsjl

Match Day is upon us!

The biggest positive for Mumbai has been the return to form of opener Quinton de Kock (117 runs), who made a blistering, unbeaten 70 against Rajasthan. Suryakumar (170 runs) would need to convert his starts while Krunal Pandya (68 runs) played a useful cameo, which would have bolstered his confidence. Kieron Pollard (81 runs) also displayed his hard-hitting skills on Thursday and would be raring to go once again, and so would fellow all-rounder Hardik Pandya (36 runs). Pacers Jasprit Bumrah and Trent Boult have been exceptional, particularly at the death. Leggie Rahul Chahar, with 11 scalps, has been MI’s leading wicket-taker.

For CSK, openers du Plessis (270 runs) and Ruturaj (192 runs) have been in top form. Their middle-order has also been among runs. Moeen Ali (148 runs) has adjusted well to the role of pinch-hitter, while the presence of the ever-reliable Suresh Raina (121 runs) gives the team a huge cushion. Then there are Ambati Rayadu (64 runs) and Ravindra Jadeja (109 runs), who has improved as a batsman and can plunder sixes at will, apart from skipper Mahendra Singh Dhoni (37 runs), who appears content to playing second fiddle these days. CSK bowlers led by Deepak Chahar (8 wickets) and Curran (6 wickets) have done a splendid job. Jadeja has also shone with the ball, taking five wickets while Moeen has four.

Are you ready for a mouth-watering clash❓ pic.twitter.com/xlrSNgjM1H

Mumbai and Chennai, the two most popular T20 franchises in the world, share eight IPL titles between them. The two teams were tied at three titles each until the 2018 season. MI have since zoomed ahead, winning in 2019. CSK look ready to strike back this season. One of the biggest cricket matches around the world – MI vs CSK – begins at 7:30 pm tonight.

Sunrisers Hyderabad on Saturday removed under-performing David Warner from captaincy and handed over the reins of the team to New Zealand skipper Kane Williamson for the remainder of the Indian Premier League (IPL). Fans are now asking on social media if Morgan is up next on the chopping block. Today’s teams though have their captains ensconced in the captain’s chair for the immediate future. Master tactician Dhoni is up against make-everything-look-easy Rohit Sharma tonight.

.@Ruutu1331 continued his rich batting form and scored a quick-fire 7️⃣5️⃣ off 4️⃣4️⃣ deliveries against #SRH 👏🏻

Will he set the stage on 🔥 for @ChennaiIPL against #MI❓

As we gear up for tonight’s #MIvCSK clash, let’s revisit the opener’s impressive knock 👇👌🏻 #VIVOIPL

Many intriguing sub-plots to this match – one of the biggest among which is the Chahar vs Chahar battle. Two sets of brothers – the Pandyas having become as synonymous with the MI lower-middle order as local trains are to Mumbai – will be taking the field today. Which pair would your money be on?

It’s a family thing with a clash of cousins!

Which one will have the upper hand when they ⚔️?#Byjus #CricketLIVE | Today, 6 PM | Star Sports & Disney+Hotstar VIP pic.twitter.com/YxFIGgZaCI

Neither team have any injury news or other unavailabilities. CSK are having a great tournament and are leading the points table with five wins and one loss from six matches. MI have had a middling tournament so far. After six matches, they are at the number four position with three wins and as many losses.

Create your IPL Fantasy Team before today’s blockbuster #MIvCSK match and avail all of your 1⃣1⃣0⃣ transfers!

Because fans joining after the 7:30 PM deadline will ONLY get 5⃣5⃣ transfers for the season.

Scott Styris says MI will bounce back in the Delhi leg of the tournament, and that their poor start to the season was because of the pitches in Chennai. “I still have Mumbai at number one. So, I’m sticking to that, I think Mumbai, will go in as favourites. However, the performances CSK has given, they could win this as well. I think this is a bit of a test for CSK, because I think you still need to judge yourself against Mumbai juggernaut,” said Styris on Star Sports show Cricket Live.

As we gear up for #MIvCSK tonight, let’s relive his explosive innings for @mipaltan 📽️👇 #VIVOIPL

Hello and welcome to the big daddy of IPL clashes. It’s Mumbai Indians vs Chennai Super Kings in Delhi tonight. Thw two most successful teams of the league. The biggest inter-team rivalry in the league. Last season, MI were runaway leaders and CSK could not match pace. This season, it threatens to be the other way round. CSK are back at their customary pole position. MI, languishing in the middle of the table for now, are hoping to carry some momentum from their De Kock demolition last time out.

Toss and team news at 7 pm