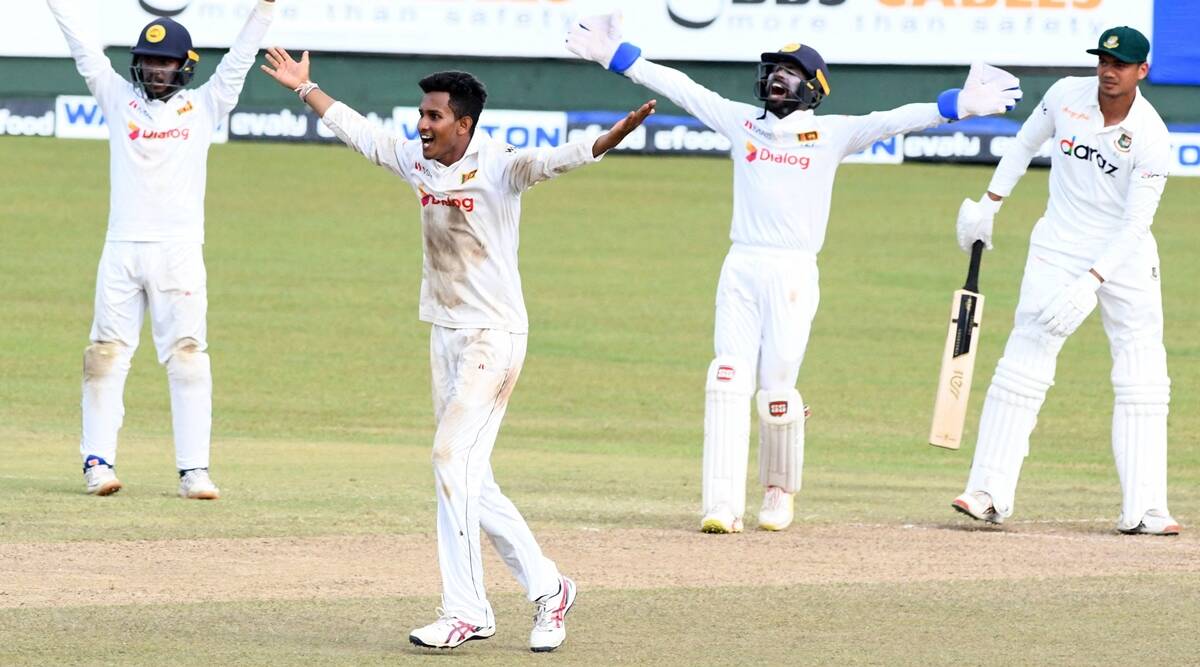 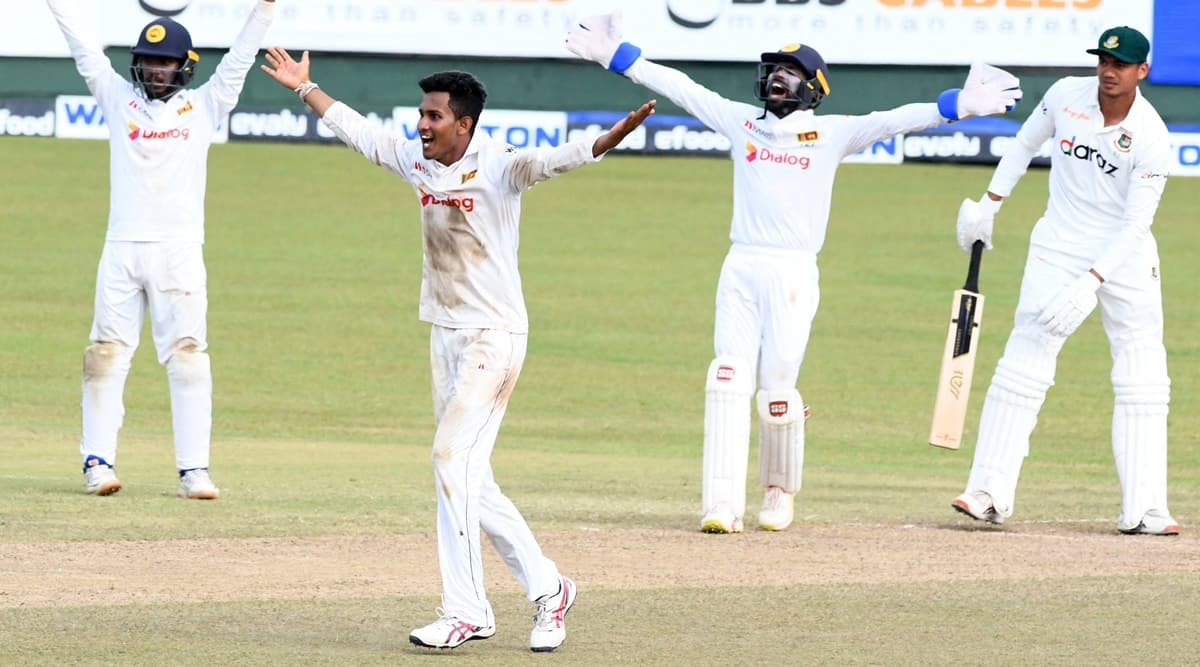 Praveen Jayawickrama took a match haul of 11 wickets on debut to help Sri Lanka clinch a series win over Bangladesh on Monday with a 209-run victory in the second Test.

Sri Lanka needed five wickets for victory on the final day and Jayawickrama accounted for three of them to finish with combined figures of 11-178.

It was the 10th-best return by a Test bowler on debut and the best by a Sri Lankan, improving on Akila Dananjaya’s 8-44 against Bangladesh three years ago. He was voted player of the match.

🚨 The best match figures (11 wickets) by a Sri Lankan on Test debut.

🚨 The best match figures by a left-arm spinner on Test debut.

🚨 1st Sri Lankan bowler to take 10 wickets or more in the debut match.

After trapping Liton Das for 17 in his second over of the morning with an arm ball, the 22-year-old left-arm spinner claimed the last two Bangladeshi wickets in the space of three deliveries to finish with 5-85 in the second innings to back up his first-innings effort of 6-92.

Sri Lanka captain Dimuth Karunaratne, who was voted player of the series after scoring 428 runs including a double-century, century and a half-century in three innings, described the performance of inexperienced spinners Jayawickrama and Ramesh Mendis as “fantastic”.

“At a time when we didn’t have anyone experienced, they came and bowled like experienced players, and performed their roles as they should,” he said. “Praveen did his job perfectly well. He played like a bowler who had more than his 10 first-class matches.”

“It’s a great sign for the future of our Test cricket. The seniors just gave them confidence. Some players can panic at times when they come into the Test arena (but) Praveen absorbed pressure really well.”

Bangladesh lost its last three wickets within eight balls with the total on 227.

Off-spinner Ramesh Mendis finished with four wickets, complementing the orthodox spin of Jayawickrama, who flighted the ball, found drift and lot of assistance from a crumbling wicket.

The two front-line spinners shared the bulk of the bowling, sending down 60 overs in the second innings and claiming nine wickets between them.

Bangladesh’s batters struggled, with nobody scoring a half-century. Mushfiqur Rahim top scored with 40.

Bangladesh had been bowled out for 251 in its first innings in reply to Sri Lanka’s 493-7. Despite a first-innings lead of 242, Sri Lanka did not enforce the follow-on, instead batting again and declaring on 194-9 to set Bangladesh a target of 437.

It was Sri Lanka’s first Test win in more than a year, ending a run of eight Tests without a victory. The first Test in this series had ended a draw.