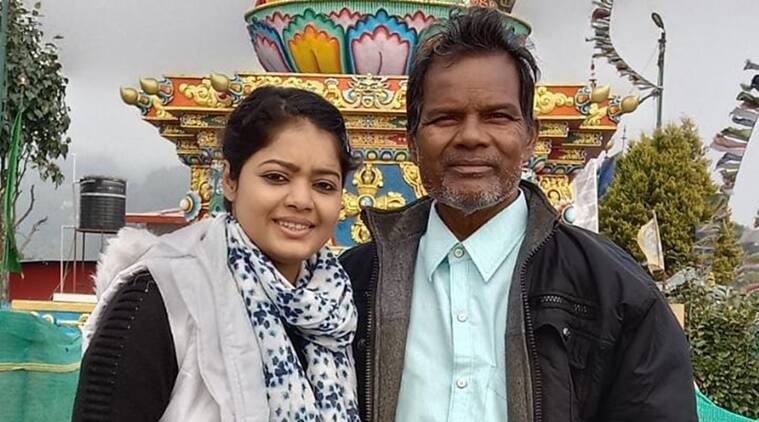 A chef at Kolkata’s Sports Authority of India (SAI) centre assigned to cook for gymnast Pranati Nayak is preparing to slice the fish super-fine rather than the thick fillet, large chunks he usually tosses into the tomato curry. Aside from all the tweaks that’ll go on over the vaulting table, Pranati’s palate will now be conditioned to trade the machher jhol (fish curry) for the sashimi twice a week.

“Our athletes always run into this problem: they struggle for food abroad and then mentally they keep thinking they’ve not eaten properly and are not prepared for competition. Pranati will need to get used to having Japanese meals, so 2 or 3 days in a week, we’ll start her off on the food she might end up eating in Tokyo,” coach Lakhan Sharma says, of India’s latest and only qualifier in gymnastics at the Olympics, picked for the four apparatus of All Around competition.

That’s an astonishing amount of detailing worked out quickly, considering what has been a surprise qualification for the Tokyo Games.

With a bunch of tournaments cancelled – including the Asian meet at Hangzhou, China for this week – qualification came down to Pranati’s results at the last World Championship.

Sneaking in as the second reserve from Asia, the 26-year-old from Midnapore in West Bengal who won bronze in the vault at the Asian Championships in March 2019, has a coach who makes it a point to keep himself updated with international trends.

“There’s just two months left so we’ll only polish the old routines on Floor exercise, Balance beam and Uneven Bars. But she’ll go there with all the upgrades,” says the geeky mentor, hailing from Ujjain, posted at Kolkata as coach.

An order was placed for a tome on techniques, titled Championship Gymnastics penned by Gerald George and illustrated by James Stephenson, costing Rs 30,000 as soon as it became clear to Sharma that Pranati had a chance to get to Tokyo.

“She’s a strong gymnast who’s very hardworking. But she’s also a natural, she’ll go further than people expect her to,” Sharma says with a coach’s conviction, hoping to use the definitive text to polish a couple of her elements at the Olympics.

To that effect, he’s weaning her away from her mobile phone – “only Saturday/Sunday, she’ll be allowed” – he says.

While a physio, masseur and nutritionist will assemble to fine-tune Pranati’s preparation as the SAI arena opens its facility only for her, the chef is choosing his best knives for the usu-zukuri, the fine cuts.

Kolkata’s SAI facility had proven a charm for Pranati nearly 20 years ago, though the earliest Samaritan in her career wasn’t the chef, googling ‘how to make Sushi’ in SAI’s cavernous kitchens.

“Dileep uncle still narrates the story with my father filling in the details,” Pranati starts. “They rejected me saying I was too thin and said I’ll trip on the apparatus. So they told my father to take me back, saying iska nahi hoga (she can’t be admitted),” she laughs. Sumanta Nayak had wept when the coach at Kolkata’s training centre told him that his 8-year-old gymnast daughter would not make it in the sport and had no place in the hostel. “They said, ‘wo gir jaaegi’ (she will fall). They had not seen her jump and spin and cartwheel around the house. My girl was strong and always landed on her feet. Usme bahut hunar tha. (She was very talented.) When they said that she wouldn’t be taken into the hostel, I couldn’t control my tears,” he recalls.

That’s when Dileep, a helper assigned to clean the apparatus and fetch tea, had seen the bawling father break down on the road, and guided him to Ms Sushmita, the leading official at the centre. Sushmita would put in a word with the nurturing coach, Minara Begum, who would take on Pranati’s responsibility completely.

“She never complained, but while her parents would travel 100km to bring her to training while she waited for a hostel, I knew that she was also doing a lot of housework where she stayed. I decided to take charge of her career,” the now-retired coach recalls.

Besides the leotards with frills that she fixed for Pranati and taking care of her education and meals (since she was extremely thin, though not frail), Minara would also equip her with skills, sponged up by the eager learner.

“From the springboard, there’s a forward salto on the beam. I taught her that very early on – because she was sincere and would learn meticulously,” the coach recalls of the tiniest of headstarts for her ward. “Others in India are doing it only now.”

It’s on the vault though that Pranati will look to carry forward the baton from Rio 4th-placer Dipa Karmakar. It was India’s second World Cup medallist, Aruna B Reddy, also a vaulter, in fact who alerted Pranati to the chance of making it to Tokyo last week. Pranati’s Handspring forward 540 (difficulty 5.8) and Tsukahara back 720 (D: 5.6) have been her reliable routines that she hopes to land perfectly – banking on the staple if not the spectacular – a la Karmakar. On the Floor, Pranati – a hobby dancer – has a trippy sequence where her acrobatic lines blend into some bop to the ‘Dom and Tak’ beats of Maashallah from the hit film Ek Tha Tiger.

It’s on the beam and vault though that Pranati truly finds her rhythm.

Sumanta Nayak and wife Pratima knew their second daughter had a future in gymnastics when she repurposed all surfaces in their house to spin and whirl right since they dropped her off at a gymnastics club, one amongst hundreds that dot Bengal – even the rural non-descript towns.

READ | Pranati Nayak vaults to a bronze at Asian meet: For my father, a bus driver

Older sister Jayati and younger Tapti got busy with books, but Pranati couldn’t stop cartwheeling around. Her father, who moved from Jharkhand to Bengal and drove a bus to make ends meet, was supremely confident that his second daughter had what it took.

“I’ll be honest. After three daughters, I felt a little bad about not having a son. But Pranati showed so much talent that I knew she is going to go further than any male child I might’ve had. I was convinced she was special. That’s why it was important that the Kolkata centre accepted her. She needed a good diet I could see, but only a sports hostel could’ve provided for her. Part reason I cried (when she was turned down) was I couldn’t do much for her if she didn’t get into the training centre,” the father remembers.

Coach Minara Begum was impressed with the bridges and forward and back somersaults of the 9-year-old. She would shepherd her career with her own diligence from 2003, and while India was just acquainting itself with Dipa’s scary vault, Minara would keep Pranati on the conventional path – nothing eye-popping, just gymnastics basics, executed to the best of her ability. Pranati wouldn’t forget about the family that had revolved its routine around ferrying her to and fro from practice – at times 4-hour rickety bus rides to Kolkata. So the Rs 12 lakh she earned from the Nationals two years ago saw her build a slightly bigger house in Midnapore and take entire responsibility for her older sister’s wedding couple of years ago.

Her first medal had come at Children’s Asiad in Russia, while she would make the All Around finals (4th on Beam & 5th on vault) of the 2014 Asian Games alongside Dipa.

After her Asian Championship bronze, Pranati had ramped up her vaulting proficiency – even scoring 14.20 at the last major international, though she had slipped on the beam chasing a score of 48 on the All Around at the German Worlds.

Falling short at 46.90 even as the first lockdown came around, Pranati would aim for the 2022 Commonwealth Games and Asiad. “I was disappointed at the World meet, so I spent all of the lockdown keeping in shape and not going out of training for a single day,” she says.

It meant her father would fix a bamboo horizontally across two trees – for her to do the simple swings that were part of her weakest apparatus – the uneven bars. “Olympics wasn’t on my training plan then – this was unexpected. I wanted to do well at the CWG in Birmingham,” Pranati says. “Somewhere, I think, that hard work paid off. Even now with everything closed, Lakhan sir ensures I get training,” Pranati says.

Sharma had been lining up practice at different clubs – in Bally, Patuli and Dum Dum, with Pranati travelling for up to an hour and 40 minutes to clock one session of practice wherever possible. 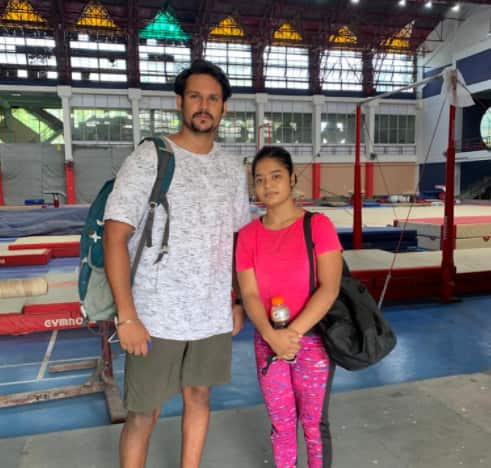 Lakhan Sharma would message his trainees – and the club owners would open up their facilities for the international gymnast, twice a week, to enable her to practise when SAI was closed. “You have to understand what gymnastics means to Bengal. Even the smallest towns have gymnastics clubs with basic infrastructure, nothing fancy. It’s in the culture, even rurally, that’s why it’s not a surprise Pranati’s father saw a future for her in this sport. A lot of girls from Bengal as well as the Northeast are suited for this sport. They aren’t very tall, so lower centre of gravity,” he says. “But moreover, people here are extremely creative and artistic. It’s great to work with gymnasts who understand the art in this sport,” he says.

Fine angles define perfection in gymnastics. In a kitchen corner of Kolkata, this could mean that a chef serving a gymnast is learning the finer goujon cut on the fish, rather than the chunky troncon.