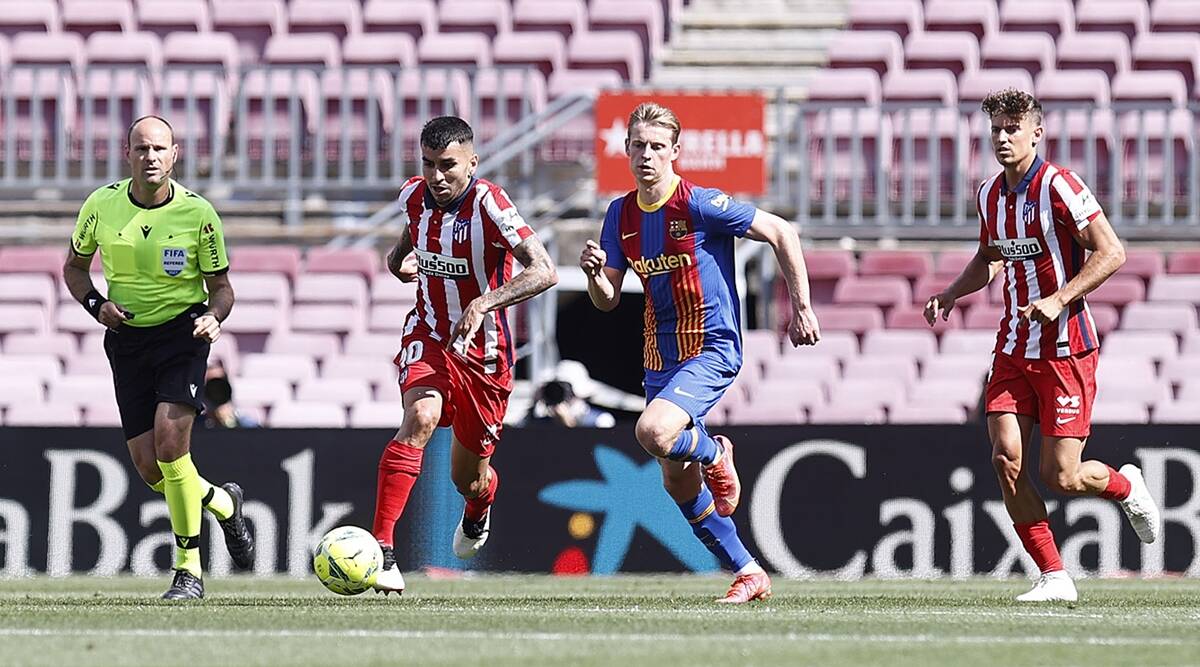 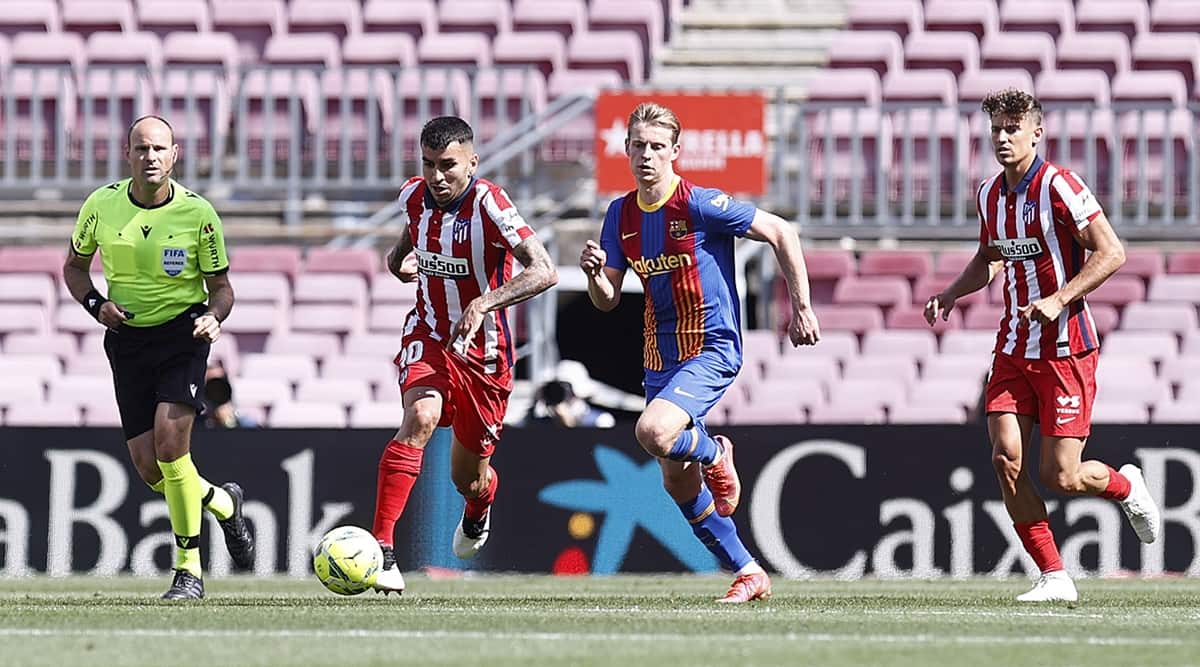 Atlético Madrid held on to its La Liga lead again, this time by earning a draw against Lionel Messi’s Barcelona at the Camp Nou Stadium.

Last week, it benefitted from a Barcelona setback to remain at the top, and on Sunday it will need Real Madrid to stumble to avoid losing first place.

Atlético drew with Barcelona 0-0 on Saturday to fend off the Catalan club’s charge. It will depend on Sevilla to hold off Madrid when they meet on Sunday; Zinedine Zidane’s team would take the lead with a home win.

“I’m not watching these matches, it’s not something that is good for me,” Atlético coach Diego Simeone said. “I prefer not to watch them. And it won’t change much if I do watch them. So I’ll keep calm. I’ll be having dinner with the family and then I’ll start preparing for the next match.”

Saturday’s draw kept Atlético two points in front of Barcelona with three rounds to go. Madrid was three points back but would take the lead with a victory on Sunday because it holds the head-to-head tiebreaker against its city rival. Sevilla was fourth, seven points behind Atlético and still in contention.

Simeone’s team, seeking its first league title since 2014, has been in front for most of the season but has squandered a big points lead at the business end.

Atlético played well at the Camp Nou but couldn’t capitalize on its chances, with Luis Suárez unable to break through with a goal against his former club.

The 𝗵𝗶𝗴𝗵𝗹𝗶𝗴𝗵𝘁𝘀 from Saturday’s big game at the Camp Nou 📽

“We showed from the start that we came out to win the match,” Atlético goalkeeper Jan Oblak said. “It was a good result, we added another point with three rounds to go.”

Messi had some of the few chances for Barcelona, his best near the end of the first half after a great run past defenders. But his shot was brilliantly saved by Oblak. Messi’s 90th-minute free kick just missed the post.

This could be Messi’s last chance to win the league with Barcelona before his contract ends at the end of the season. He said last year he wanted to leave the Catalan club.

Barcelona defender Ronald Araújo had a goal disallowed for offside in the 70th.

“We expected a better result but we are still alive,” Barcelona defender Gerard Piqué said. “We played a good match, we competed, we had more clear chances than they had, but in the end it wasn’t possible to get the win. We don’t depend on our own results anymore but anything can happen.”

A home victory would have lifted Barcelona to the lead for the first time this season. The club had a slow start while struggling financially and enduring political turmoil.

Atlético remained winless at the Camp Nou since Simeone took over as coach in late 2011. The team is winless in 15 consecutive away matches against Barcelona, since 2006. However, a 1-1 draw at the stadium in 2014 was enough to clinch Atlético its last league title.

Barcelona began at full strength but coach Ronald Koeman was absent to serve the second of a two-game suspension for using inappropriate language while arguing with a referee.

Atlético midfielder Thomas Lemar was injured less than 15 minutes in, while Barcelona midfielder Sergio Busquets left after 30 minutes after a head collision with an opponent. Busquets had a “facial contusion and a fissure in his maxilla,” the club said.

MEDICAL NEWS | Sergio has a facial contusion with an upper maxilla fracture and is progressing favorably. His recovery will determine his availability. pic.twitter.com/meltM8XvMw

Espanyol secured its return to the Spanish first division after drawing at Zaragoza 0-0.

The result left the club from Barcelona six points in front of second-placed Mallorca and 12 points ahead of third-placed Almería. The top two teams automatically gain promotion.

Owned by a Chinese businessman, Espanyol was relegated last season after 27 consecutive years in the first division.