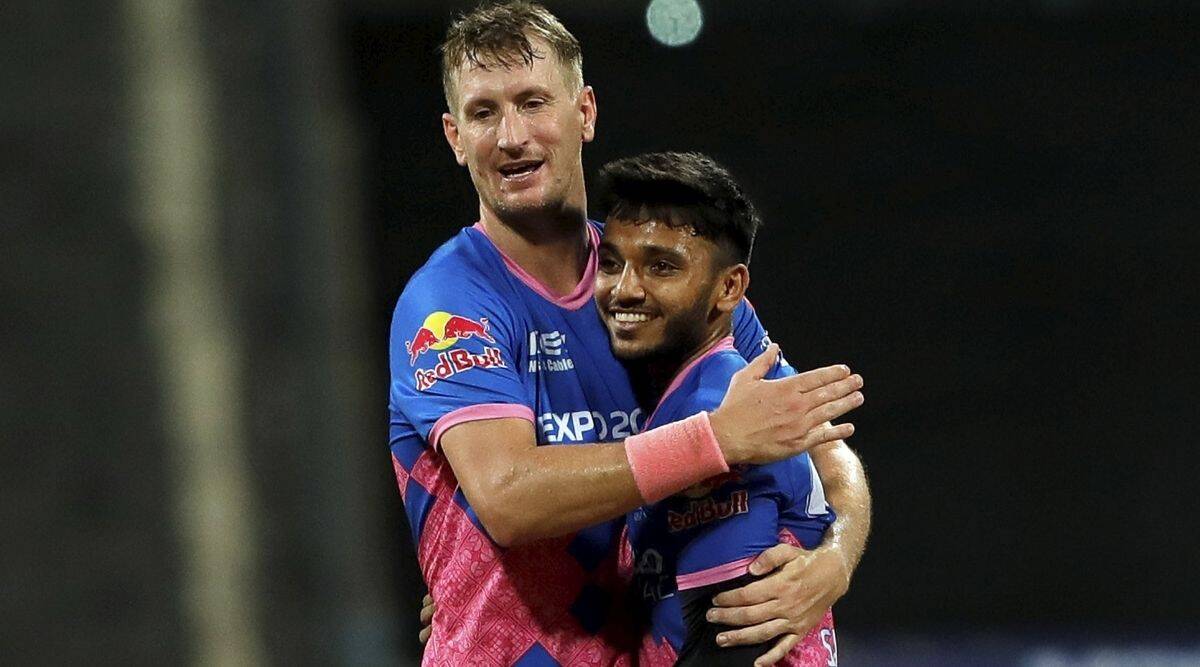 As soon he reached his home at Vartej in Bhavnagar district, Gujarat, medium-pacer Chetan Sakariya showered, wore his PPE kit and rushed to a nearby hospital where his father Kanjibhai has been admitted after testing positive for Covid-19.

Sakariya had got a call last week that his father had tested positive and was admitted to the hospital. “I was lucky because I had received my part payment from Rajasthan Royals a few days ago. I straight away transferred money back home, and that is helping my family the most in my toughest time,” Sakariya, who represented Rajasthan Royals in IPL told The Indian Express.

IPL was postponed on Tuesday after Covid-19 cases started to occur in various IPL teams.

For domestic players like Sakariya, uncapped and without a central contract, money from the IPL is a source of livelihood.

“People are saying stop IPL. I want to tell them something, I am the only bread earner in my family. Cricket is the only source of my earnings. I can give better treatment to my father because of the money I earned from IPL. Had this tournament not happened for a month, it would have been tougher for me. I come from a poor family, my father all his life drove tempo and because of IPL my whole life was about to change,” says Sakariya, who was picked for Rs 1.20 crores at the auction.

Since he reached home, his daily schedule has revolved around hospital visits. From 9 am to 2 pm, he sits on a bench at the hospital. Sakariya is especially worried as his father is a diabetic patient.

A few months ago, on the day he became a crorepati at the IPL 2021 auction, he had one regret. Just months before that, he had lost his younger brother, who he was very close to. He says that the unexpected windfall of Rs 1.20 crore will change his life but he feels an emptiness inside due to his brother’s demise.

Sakariya impressed at the IPL with his skill and composure. He took seven wickets and says he never expected to be the first choice for his team with the new ball.

“Sanju bhai (Sanju Samson) came and told me that the management is seeing a high potential in me, so be ready, you will be playing. I couldn’t sleep that night, thoughts kept popping on how I would bowl, how I will get my wicket, aisa daloon, ke waise daloon (what kind of delivery should I bowl),” he recalls.

He spoke to his coach Rajendra Goel back in Bhavnagar, who advised him to take it easy. On debut against Punjab Kings, Sakariya finished with 3 for 31 that included wickets of KL Rahul and Mayank Agarwal. However, it’s the wicket of Chennai Super Kings’s MS Dhoni that he will remember for a long time in his life. “Because everyone knows how big a player he is and how he takes away the game in death overs, I am happy that I got him early and didn’t give him that chance ahead,” he says.

He remembers after the game against the Mumbai Indians, he rushed to take an autograph of Rohit Sharma. The Mumbai captain lauded him and said he is on a right track. Prior to the tournament, he had worries about how the overseas players will relate to him and other domestic players but his worries faded away after just one team bonding session. “It felt like home, really,” he says.

Occasionally, complaints came from home. “They used to call and say, why are you losing. Start winning. It feels bad. How could I tell them that the pressure here is so high? There is no margin of error. But they saying naak mat katao yaar,” (don’t lose face!),” he says shyly.

Like most IPL players, Sakariya is hoping that the remainder of the season happens soon. Apart from name and fame, the money earned will change lives. A new house is what the Sakariya family needs. “I am the only member in my community who has earned so much. My mother doesn’t know how many zeros are there in crores. Our first priority is to see my father back and then build that home. For that, IPL should happen.”