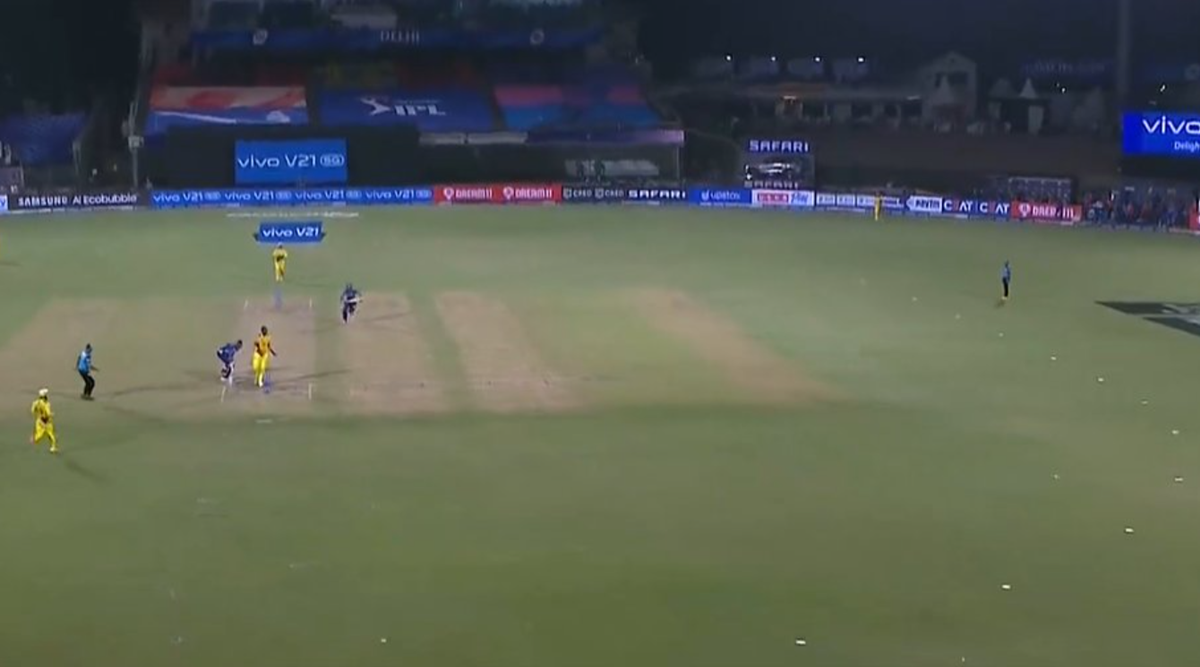 Chennai Super Kings lost out to Mumbai Indians in a last-ball thriller that went down to the wire on Saturday, but CSK’s field placement for the last ball of the match has come under question following the defeat.

With Kieron Pollard (87* off 34 balls) on strike and 2 needed to win off the last ball for MI, Dhoni took off his gloves in anticipation of a run out. However, there was no change in the field and bowler Lungi Ngidi ran in to bowl the last ball of the match almost immediately. Surprisingly, there were no fielders on the leg side inside the circle. This proved to be costly as Pollard pushed the ball to long on and took a double to take MI home.

“Pollard is such a good timer of the ball that you never know what he is going to do. Got so much to win, to be honest, we were looking for something like the stumps being hit or like the result we had when we got beaten in the 2019 final,” Fleming said at the post-match virtual press conference on Saturday night.

“I think there are a lot of other instances that we’ll have a look at and analyse rather than just the last ball. The quality of batting in the small grounds with good surfaces is sometimes very hard to defend,” added Fleming.

Sorry again for my harp. Last night last ball 2 runs needed and the non striker again taking advantage. Is this in the spirit of the game. #IPL2020 #MIvsCSK pic.twitter.com/HDEwqfSclg

On the other hand, former Australian cricketer Brad Hogg pointed out the unfair advantage non-striker Dhawal Kulkarni had in the last ball when Ngidi was bowling.

The throw from Faf du Plessis at long on had in fact come to the bowler’s end, where Kulkarni had comfortably reached by the time the throw had come in.