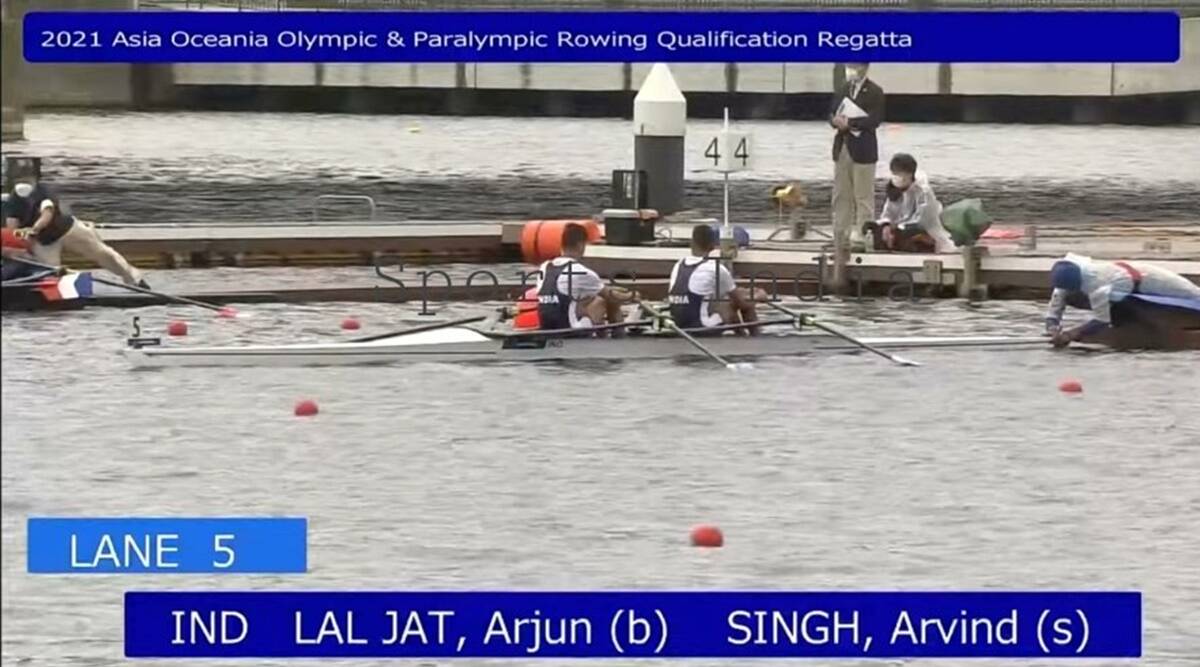 He made the Olympic cut in the very city which is gearing up to host the showpiece in less than three months’ time but Indian rower Arjun Lal Jat said the Olympic buzz is distinctly missing in Tokyo as it battles the all-pervading COVID-19 threat.

The Olympics open in Tokyo on July 23 but Arjun said the Games will be unlike any previous edition if they happen.

“It is less than 80 days for the Olympics but it is weird, there is very little Olympic atmosphere building up. The streets are empty, no people, very few vehicles, though we are told there is lockdown going on,” Arjun told PTI from Tokyo.

“I am thrilled to have qualified for the Olympics and I want the Olympics to happen, otherwise all our efforts of four years will go in vain. But if it (Olympics) happens, it will be a totally different one.”

He and Arvind Singh booked a quota place in the men’s lightweight double sculls event after finishing second in the final race at the Sea Forest Waterway on Tokyo Bay on Friday.

The two rowers train together in Pune at an Army facility. They won a silver in the 2019 Asian Championships in South Korea.

The 24-year-old Arjun, who hails from Rajasthan, said the rowers adhered to strict COVID-19 protocols and were threatened with disqualification in case of a failure to comply.

“The guidelines and protocols are very strict and we have to follow them, otherwise we will be disqualified,” he said.

“Testing for COVID-19 began at the airport on arrival on May 1. We had to wait for the report at the airport. We lost a lot of time there, nearly five hours. After reaching hotel, we underwent three tests since then in the six days,” said the Naib Subedar in Indian Army.

“Mingling with even team-mates was not allowed at the hotel and at the competition venue. Wearing a mask was mandatory for all the times except for eating, drinking and during training and competitions.

“We have been kept together at a floor of the hotel but have to stay inside our rooms. We are allowed to leave hotel rooms only for eating meals and for going for training and competitions.”

International spectators have been barred from the Tokyo Olympics, which had to be postponed last year due to the pandemic. A decision on whether domestic spectators will be allowed or not will be taken in June.

The second edition of the playbooks issued by the organisers mentioned the requirement of two COVID-19 tests for all Games participants before their flight to Japan, daily tests for athletes and all those in close proximity and a ban on public transport for all participants during their stay in the country.

Although all participants have been encouraged to get vaccinated against COVID-19, the playbooks state that it will not be a requirement to participate in the Tokyo Olympics.

All of the rules outlined in the playbooks will apply regardless of whether a participant has received the vaccine.