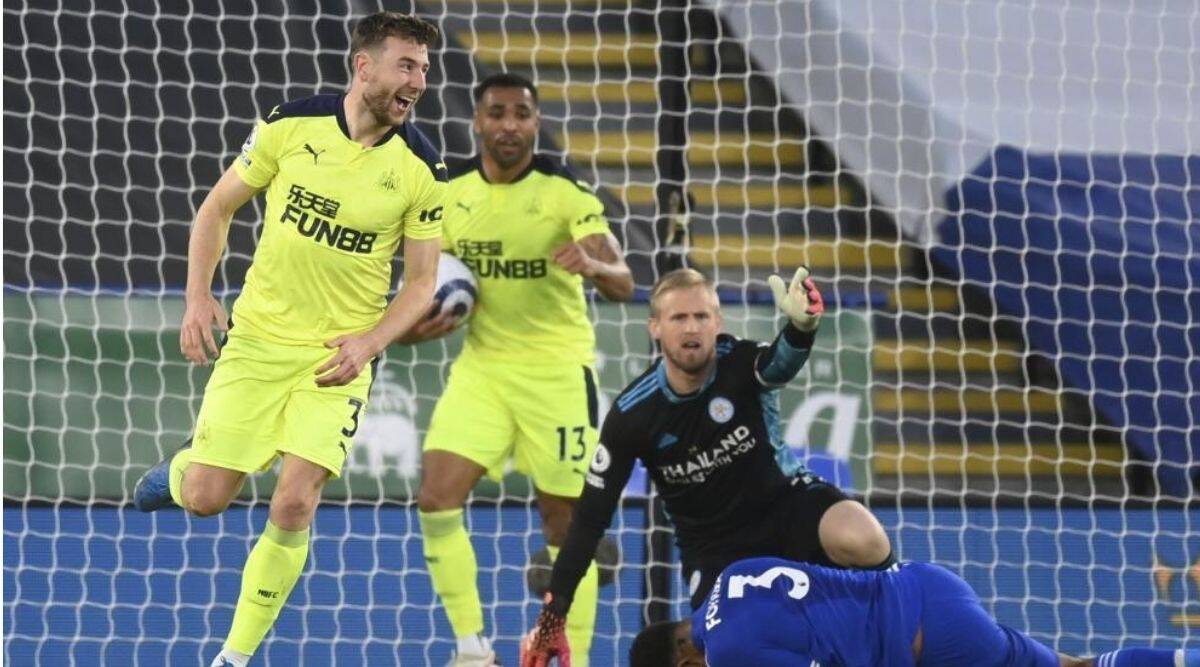 Newcastle stunned Leicester 4-2 to inch closer to survival in the English Premier League and deal a potentially damaging blow to the Foxes’ Champions League hopes on Friday.

Callum Wilson struck twice to all but secure the Magpies’ Premier League status. They are one point from safety.

They will be safe if Fulham fail to beat Burnley on Monday, but can go down only on goal difference as they face the Cottagers on the final day of the season.

Leicester struggled badly after losing Jonny Evans in the warm-up and remain third but opened the door for Chelsea and West Ham in the race to finish in the top four.

The Foxes go to Manchester United on Tuesday while they also face Chelsea and Tottenham — after their FA Cup final against the Blues — in their final three top-flight games.

They could suffer late Champions League heartbreak again, with fifth-placed West Ham five points behind with a game in hand, after the Foxes also missed out on the top four on the final day of last season.