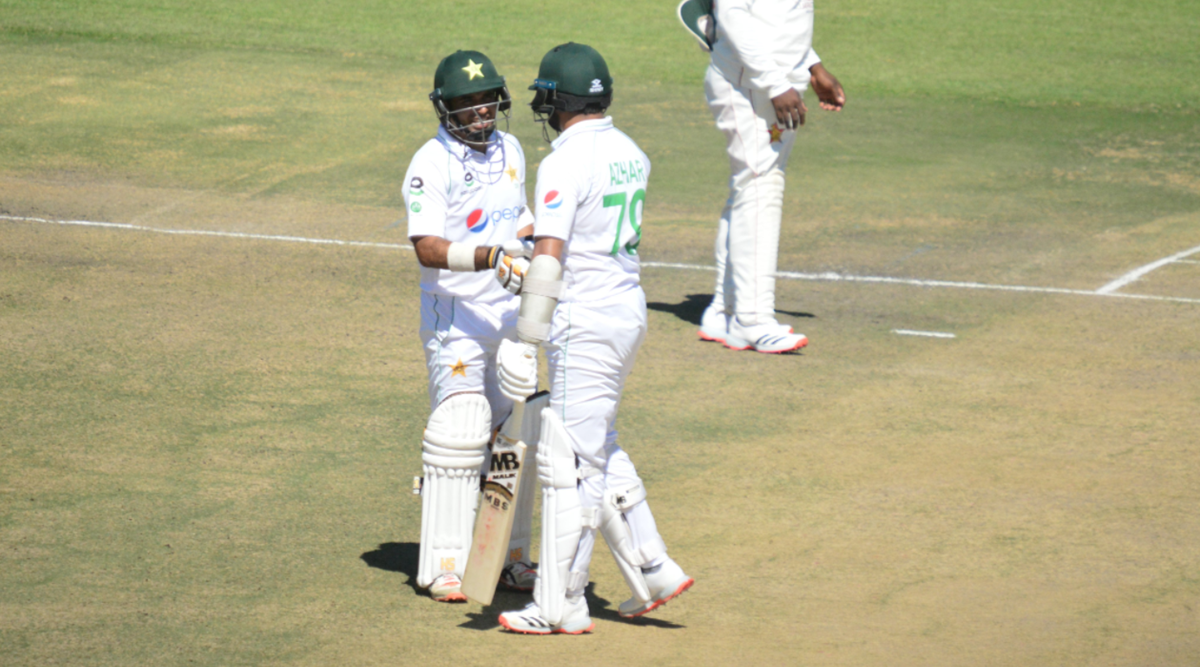 Pakistan reached 268-4 against Zimbabwe on the opening day of the second test on Friday after centuries by Abid Ali and Azhar Ali, and would have been in an even stronger position if it hadn’t lost three wickets for 16 runs just before stumps.

Opener Abid Ali, 118 not out, and No. 3 Azhar Ali, 126, drove the tourists to a completely dominant 248-1 at Harare Sports Club after their huge second-wicket partnership of 236 — a record for the second wicket and fourth highest for any wicket at the ground.

Their stand lasted nearly the whole day as they came together in the eighth over after Imran Butt went for 2.

Azhar Ali fell just before stumps after hitting 17 fours and a six, and captain Babar Azam (2) and Fawad Alam (5) were also out in the last eight overs of the day to give Zimbabwe some respite.

Pace bowler Blessing Muzarabani took all three of those wickets in three successive overs from him as Zimbabwe used the new ball well.

But Abid Ali was unbeaten with 17 fours at stumps and Pakistan, despite the late wickets, was in the kind of strong position it planned to be in after opting to bat first in the last test of the short series.

Pakistan won the first test by an innings in three days in Harare and is on the cusp of rounding off a highly successful tour of southern Africa. It has already won every other series it’s played in on this trip; one-day and Twenty20 series in South Africa, and a T20 series in Zimbabwe.

Pakistan decided to give a test debut to 36-year-old fast bowler Tabish Khan in the last match of the tour, 18 years after his first class debut.