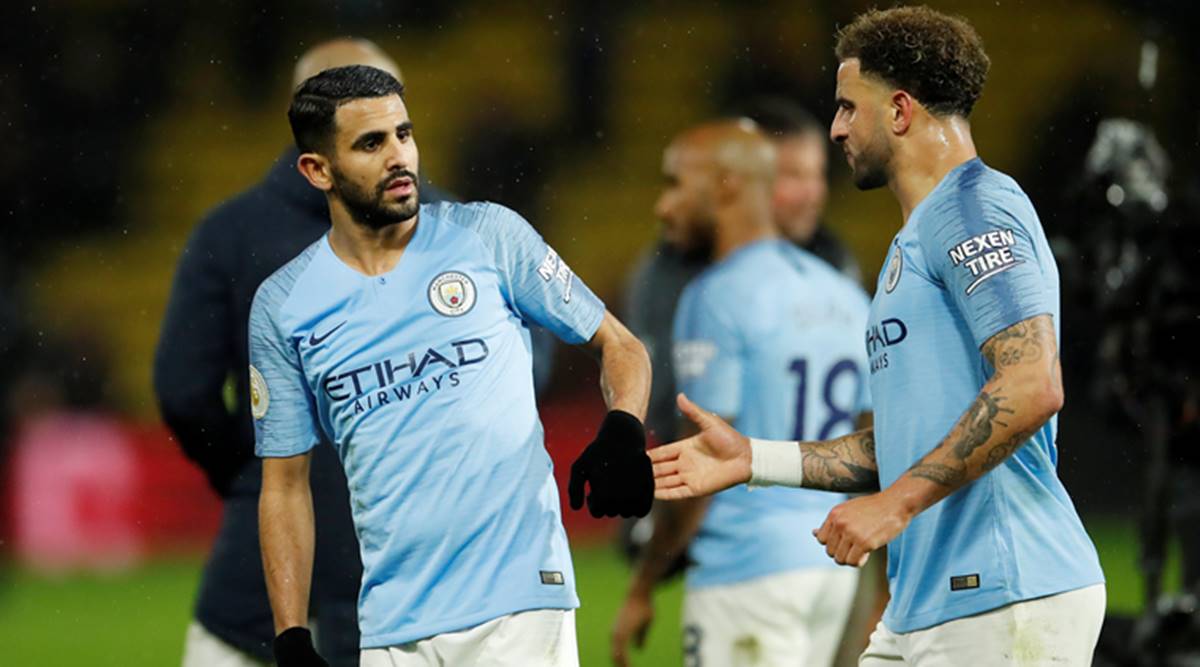 A Manchester City break came in the 62nd minute. It wasn’t the quickest counterattack, as a good number of Paris Saint Germain players tracked back at the Etihad Stadium on Tuesday. Phil Foden carried the ball down the left, squaring to Kevin De Bruyne under pressure. The Belgian returned it to Foden who was well on his way into the PSG box after a moment. On the other side of the pitch, Riyad Mahrez darted forward unmarked by anybody in a Parisian jersey. Once Foden drilled a low cross Mahrez was there, happily slotting home his and City’s second in the Champions League second leg semi-final. City would go on to win 4-1 on aggregate.

In many ways, that undetected run represents Mahrez’s career. A crafty left-footer, blessed with speed and the ability to dribble at break-neck pace, tends to fly under the radar – especially in a star-studded line-up. Thriving in his low-key role, it’s helped him become one of the most devastating players in front of goal.

The 30-year-old France-born Algerian scored three goals over the two semi-final legs for his club. And it helped take City to its first ever Champions League final.

When Mahrez was at Leicester City, his star was overshadowed by Jamie Vardy. Even in that historic 2015-16 Premier League winning season, where Mahrez scored 17 times and made 11 assists, Vardy’s 24 goals – including a Premier League record of scoring in 11 consecutive matches – eclipsed the Algerian.

At Manchester City, who dished out GBP 60 million to secure his services – making him then the most expensive African footballer – Mahrez is still not the first name that comes to mind. There is De Bruyne, Raheem Sterling, Sergio Aguero (for whom this is the final season), and even the new star Foden.
Under the radar, yet still a vital cog in his side. That’s also how he was first noticed by the bigger names in Europe.

Born in Sarcelles, a poor commune in Northern Paris, to an Algerian father and Moroccan mother, Mahrez was a self-taught street footballer.

The silky skills though weren’t enough for him, at 18, to find a place in fourth division team Quimper. What he had in skill, for the scouts, was not enough for what he lacked in physicality. The team’s manager eventually had his way and forced the directors to sign the player.

A few years later, while playing in the French Ligue 2 with Le Havre, he first came into contact with then Championship club (second division) Leicester City – who he first thought was a rugby team. Incidentally, the English scouts had not travelled to France to look at him, but were rather there to spy on his teammate Ryan Mendes. But Mahrez captured their imagination.

“Riyad was a bit raw but he had a great touch,” Steve Walsh, the club’s head of recruitment told the Daily Mail. “He could kill the ball dead and go past people. I liked his positivity. Some of his decision-making wasn’t that great and defensively he wasn’t the best, but you could see that he had real talent.”

He moved to Leicester in early 2014 following a GBP 450,000 transfer, helping them gain promotion to the Premier League before moving to Manchester City in 2018.

Slight frame notwithstanding, his flair, eye for goal and a killer pass could not be undervalued. Nor could his spirit be broken.

“How did I prove them wrong? Just with my ability, my quality,” he described his mentality to Four-Four Two. “They would say those things, then we’d play a game, I’d play well and they’d change their opinion. I used to play a lot in (Paris) and it helped me.”

He scored 17 goals, including a hat-trick against Swansea City to help the Foxes win the Premier League title. This season he’s scored 15 goals in all competitions, including four in the Champions League.

Under Nigel Pearson, who managed Leicester while they were in the English Championship, he gained confidence and experience. Under Claudio Ranieri, he was allowed to use his fleet-footed skills at will to wreak havoc of defences.
Under Pep Guardiola at Manchester City, he’s become aware of his defensive role. In the second leg against PSG, he made four tackles and interceptions in the first half alone.

Raking up the titles

So far Mahrez has won three Premier League titles (including in the on-going season). He helped Algeria win the 2019 African Cup of Nations title, its first since 1990 and second overall.