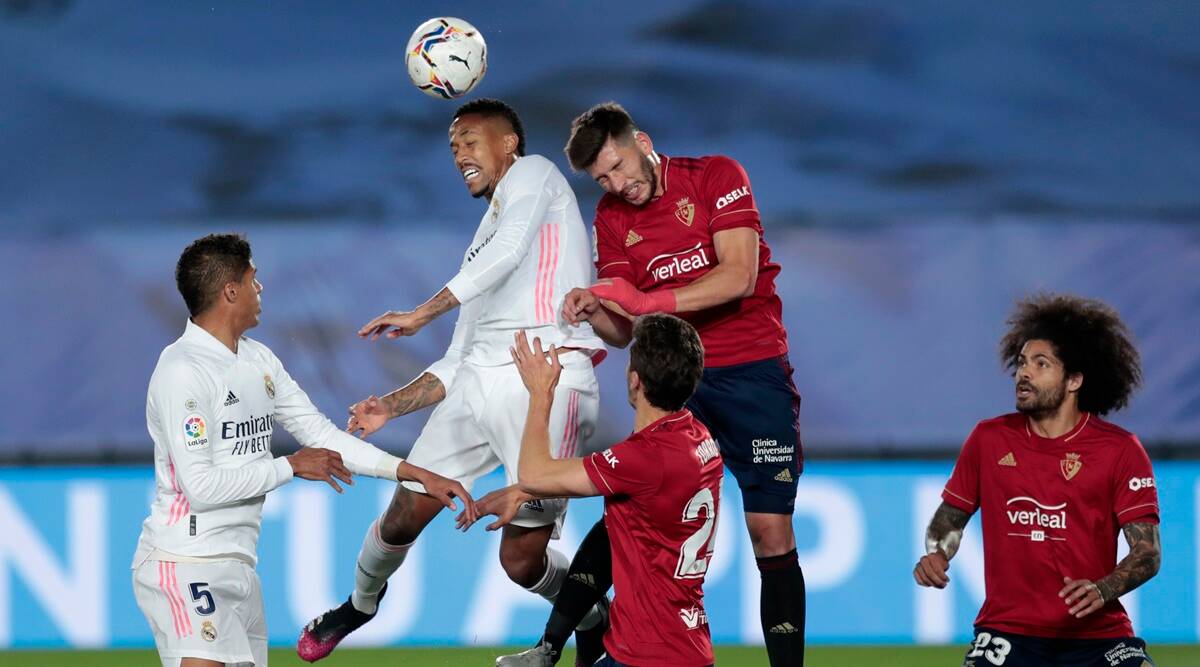 With the game poised at 1-1, Real’s Eder Militao was penalised after a VAR review for touching the ball with his hand as he jumped to defend a cross.

The decision meant that a penalty which had been awarded to the hosts moments earlier for a foul on Karim Benzema by Sevilla goalkeeper Bono was overruled.

Ivan Rakitic scored from the spot to restore Sevilla’s lead but a Diego Carlos own goal in the 93rd minute snatched a point for Real to leave them two points behind Atletico.

Zidane’s side had appealed for a penalty in the first half when the ball struck the arm of Sevilla’s Joan Jordan although, unlike Militao, the midfielder had not extended his arm.

The French coach prides himself on rarely discussing refereeing decisions but he took to the pitch after the game to remonstrate with official Juan Martinez Munuera.

“He told me that Militao’s was a handball but he didn’t convince me,” added Zidane.

“I never speak about the referee but today I’m angry. In the end it is what it is and what I say won’t change anything. I’m happy with how my team played, we deserved more as we were spectacular in the second half.”

Real director Emilio Butragueno joined Zidane in expressing his frustration with the decision, recalling his side were denied a penalty against Atletico in March when the ball came off the hand of defender Felipe when he jumped for a header.

“We’re not having much luck with plays like this. We’ve been in a few similar situations this season and once again the decision went against us,” he said.

“It was an absolutely decisive decision given the moment in the game and what it meant, a penalty for Sevilla or a penalty for Real Madrid.

“We’re concerned as there have been some similar plays which in theory would have gone in our favour and the outcome has been different. We’re left feeling a little uneasy.”