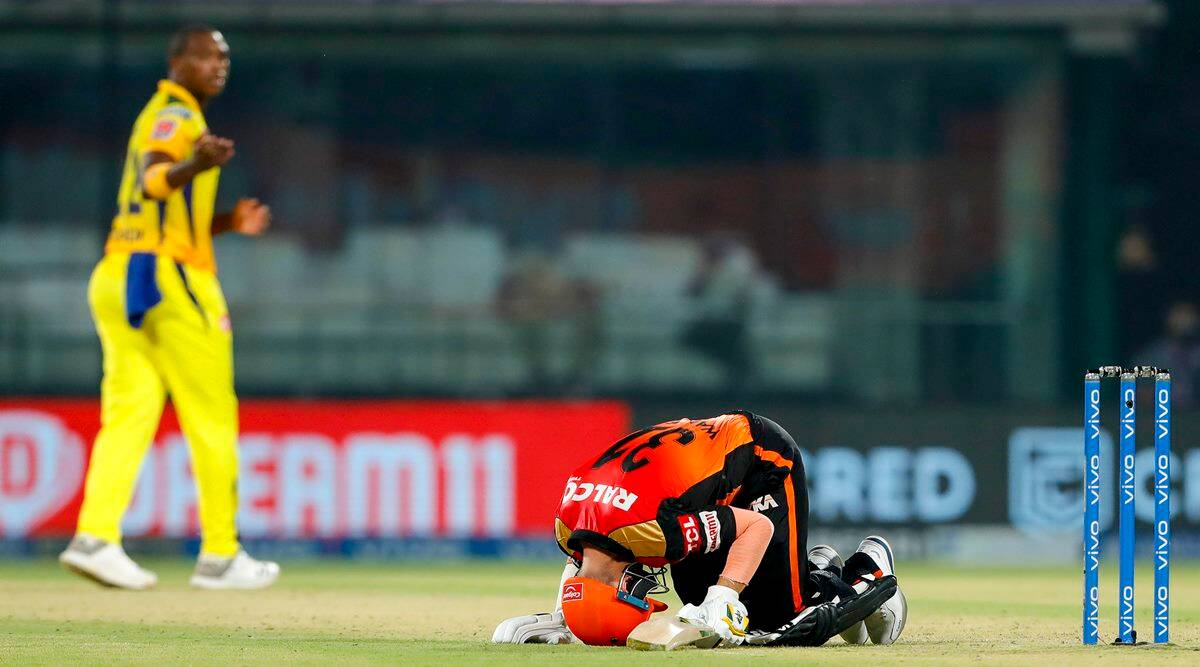 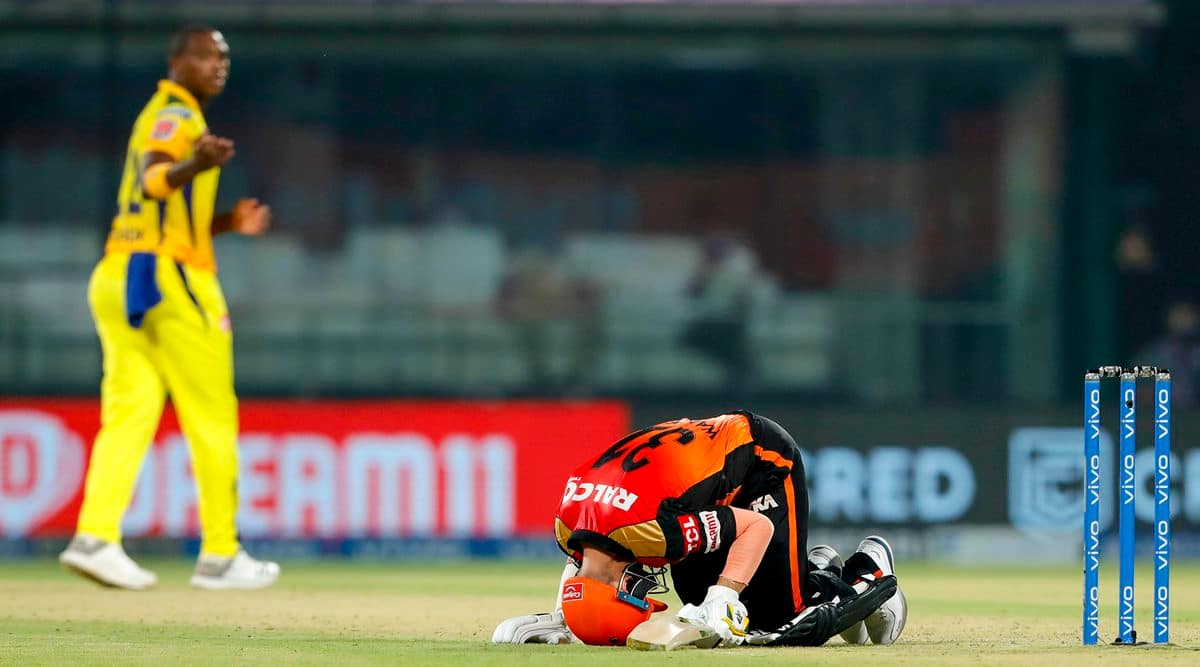 David Warner struggled for timing for nearly 18 overs which restricted Sunrisers Hyderabad to a below-par 171. A 129-run partnership between openers Faf du Plessis and Ruturaj Gaikwad allowed Chennai Super Kings to soak up the fall of three quick wickets and coast to a facile win.

How often would Sunrisers Hyderabad’s fans have wished for David Warner to get out earlier than he did? Wednesday evening was one of those rare occasions. He sighed, he screamed, he shrugged, he looked skywards – and struggled to hit the ball as cleanly as he would have loved. It was in many ways a torturous stay for Warner until he got into his 40s, when he finally managed a couple of sixes. It proved a mirage though, as he once again fell into a lull. The SRH captain fell in the 18th over and his 55-ball 57 restricted Hyderabad to a below-par total.

Manish Pandey didn’t have as many problems as Warner, who couldn’t sync his bat-swing to the demands of the pitch and couldn’t find his timing all evening. Warner’s struggles looked even direr when Kane Williamson came on right at the end and smoked four fours and a six in his 10-ball 26 so easily that it might have made the Hyderabad fans wish that Warner’s dismissal had come a lot earlier than it did.

His struggles were exacerbated by Chennai’s smarts. They took pace off the ball, slid it further away from him, making Warner reach out – the width that he would have relished on a normal day became a struggle to reach. Chennai fielded well too, particularly the boundary riders, splicing potential boundaries to twos. The noose kept tightening on Warner until he finally succumbed.

All Over: In the first game of #IPL2021 at Arun Jaitley Stadium, Delhi, @ChennaiIPL emerge victorious by 7 wickets as they outplay #SRH in all three departments of the game. https://t.co/dvbR7X1Kzc #VIVOIPL #CSKvSRH pic.twitter.com/JVa1vxhUg8

Unlike Warner, Williamson didn’t go too hard at the ball; instead, he got into smart positions – either around off, or a couple of steps down the track – and timed the ball into gaps to give a semblance of hope to Hyderabad.

Gaikwad and du Plessis had no problems with the pitch or the bowling, which was average. Hyderabad were short or wide, often both, and the pair prospered without much fuss. Du Plessis smashed it on the up, Gaikwad kept driving them to disarray and Hyderabad didn’t have many answers. Even Rashid Khan was guilty of bowling short and runs kept flowing as Hyderabad succumbed to their fifth loss in six games.