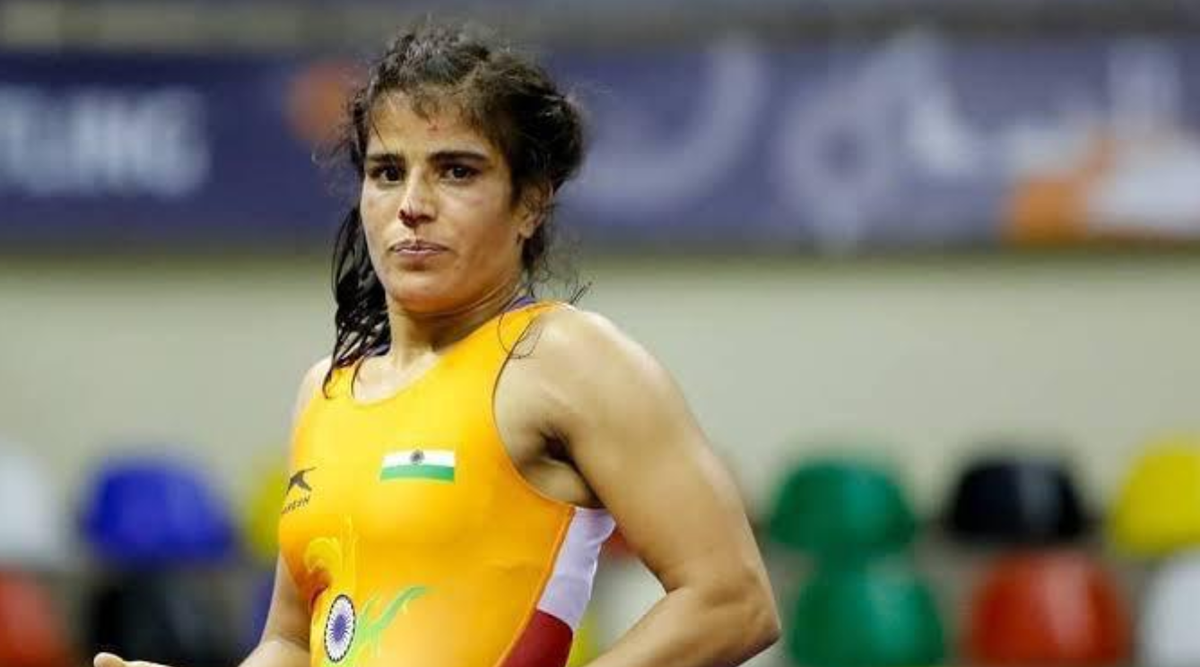 Sushila Devi made it a point to call her parents in Gudhan village once news came through. Ever since her younger sister Seema Bisla was little, Sushila and her husband Nafe Singh had looked after her at their home in Rohtak. On Friday, when Sushila made the call, the message was clear: Bisla will be staying in Rohtak for three months more. After all, now that Bisla had won an Olympic quota, she will need to prepare for it.

Around 5000 km away in Sofia, Bulgaria, on Friday, Bisla grappled and won the semi-final against Poland’s Anna Lukasiak 2-1 to become the fourth Indian woman wrestler to seal a quota for the Tokyo Olympics. A few hours later, she went on to earn gold in the 50kg event of the Olympic qualification tournament by beating Ecuadorian Lucia Guzman, who conceded the match due to injury.

“Seema’s father’s financial condition was not good, so we supported her as if she was our own daughter,” says Nafe, an assistant sub-inspector with the Haryana Police.

“I had to support five children in the family, including my brother’s children. But most of my salary gets used up on Seema’s training. Her passion for wrestling was what kept us all motivated, and now that she’s booked the Olympic spot, it’s just going to encourage us further.”

With Nafe and Sushila by her side, Bisla grew in the sport. But the seed of wrestling was planted back at her father Azad Singh’s two-acre farm. A young Bisla would listen to the fables her father would tell her from his own wrestling days. Soon, listening to the tales would pave the way for others to create their own accounts of her journey.

“When she came to practice at the stadium the first time, I noticed she had a strong grip and that’s required to become a good wrestler,” remembers her first coach Ishwar Singh Dahiya, who also happened to train 2016 Olympics bronze medallist Sakshi Malik.

“She was agile and flexible, which made attacking opponents’ legs come natural to her.”

The accolades weren’t far behind for the 28-year-old. She won bronze at the 2009 Asian Cadet Championships in Pune. By 2012, a shoulder and neck injury led her to put on weight, so she competed and won the 67 kg junior nationals that same year. She also picked up successive bronze medals in that weight category at the 2012 and 2013 Asian Junior Championships.

“She increased weight because doctors advised against dropping it,” says Railways coach Paramjeet Singh, under whom she was training at the time.

“She had less power since she was shifting from 53kg to 67 kg. So we had to work to build her core strength. The railways job meant she was financially stable and so she got focused on maintaining a good diet.”

She cut her weight and got down to 53 kg to win bronze at the senior nationals in 2015 and 2016. Another weight shift was in order in 2018. When Vinesh Phogat moved up to the 53kg, Bisla dropped further down to 50kg.

“The fight in freestyle is all about leg attacks and leg defence and once she settled to the 50 Kg weight division, it helped us plan on a long-term basis,” Paramjeet adds.

“I would make her see videos of tall wrestlers bending their knees to avoid leg attacks and worked on moves like ‘Baghal Doob,’ where she lifts her hands and attacks from behind, or ‘Khinch Mar,’ where she pulls the leg or body of the opponent while moving her body back.”

All the training wasn’t about attacking though. Just after returning from Almath, Kazakhstan with an Asian Championships bronze last month, chief national coach Kuldeep Malik started to focus on Bisla building her defensive skills.

The results showed as she scored an 8-2 win over Belarussian grappler Anastasiya Yanatova, followed by a 10-2 win over Emma Malmgren of Sweden. Then came the semi-final win over Lukasiak in the semi-finals.

“In Almaty, Seema lacked leg defence and we worked on this by making her fight against taller wrestlers in the camp,” Malik explains. “We also made her counterattack leg attacks on the smaller sparring partners, similar to what she did against Lukasiak. Now we need to focus on her speed if she’s to have a chance at winning a medal in Tokyo.”

At home in Rohtak, her sister and brother-in-law have already started preparing for her return, and the gruelling Olympic training she has in store for her. But they will allow her just once cheat meal when she gets back.

“She loves malai ka halwa and always scolds our son not to eat it (so there’s more for her),” Sushila says. “She can have it, but just once. Now she must think of Tokyo.”